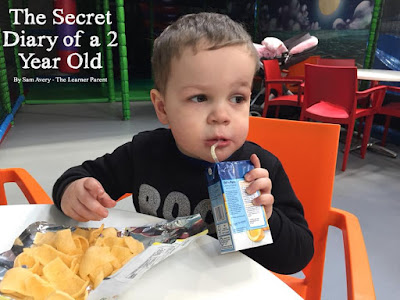 MONDAY
I’m sorry, but if you’ve never slipped on frozen dog shit at the park then you honestly have NO IDEA what I’m going through.

TUESDAY
Opened the cubicle door at the soft play while Daddy was mid-piss. The cubicle opens straight into the bit where everyone eats so he panicked and started making weird high-pitched noises like a bin lorry. I ran towards the slide but then remembered I wasn’t wearing any pants so turned back, just in time to see Daddy pulling the most fucked up face I’ve ever witnessed as he tried (and failed) to take a brief hiatus from his slash while simultaneously trying (and failing) to grab the door handle that was slightly out of reach. As the diners looked on in disgust he nervously smiled at everyone (which made matters worse IMHO) and the stunned silence was only crudely broken by the unmistakable sound of urine splashing onto lino as he waddled a few inches sideways so he could grab the door handle, like some rare species of pissing crab. Then he realised he couldn’t fully shut the door because I was still outside so to help him out I ran back towards the slide again, laughing my little balls off. What a day.

WEDNESDAY
I’m great at sharing you know. Today I shared Mummy’s dinner with her, a chocolate egg with myself and Daddy’s car keys with the bin.

THURSDAY
Daddy disrespected me so I put him on the naughty step. The arrogant fuckmuppet actually SMILED (!!!) so I had no choice but to send him straight to bed. Instead of crying about it like I do he started dancing up the stairs shouting ‘WOOHOO!’ like a total bellend which made Mummy laugh so I sent her to bed too. Threatened to send the dog up as well but he ran off. Didn’t see either of them for half an hour. Think I made my point.

FRIDAY
Shat in the bath and in the ensuing chaos managed to stand on the plug and jam it stuck. Our bath turned into a giant fecal lava lamp. Apparently this meant I had to get out, despite now needing a bath more than ever. Surely a common-sense approach would have benefitted all parties?

SATURDAY
Managed to get stuck between the sofa and the wall today while trying to grab an old biscuit. Tried to move back. Couldn't do it. Cried. Lay my head in my own snot and tears and gave up. Help arrived. They removed me. Tried again two minutes later. Failed again. Cried more. Help arrived again. Gave up. Felt embarrassed. Will try again tomorrow.

SUNDAY
I don’t mind if the Big People ask me to repeat something once - my annunciation is poor and my general sentence structure is still very much a work in progress. But, and forgive me if this comes across as a tad prickly, if you ask me to repeat a word more than once I will scream like a banshee and plot your immediate downfall. You have been warned. 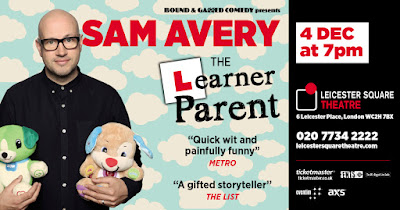