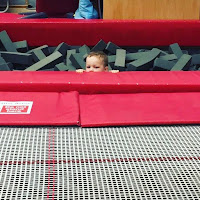 MONDAY
I specifically asked for beans WITH toast and they gave me beans ON toast. Pricks. Then they wheeled out that trademark backtracking bullshit that the toast was unscathed (even though it was dripping in depraved bean juice) and that the beans were also fine (even though they’d been polluted to high buggery by that disgusting toast). Both items are quite lovely on their own but put them together and they become the stuff of nightmares, like Mummy with wine.
TUESDAY
On the packed bus this morning I pointed directly at the large lady next to us and shouted MOO-COW dead loud. Mummy went bright red and told me to shush but this woman clearly had a picture of a moo-cow on her bag so I’m not sure what all the commotion was about to be honest.
WEDNESDAY
Was messing about in bed tonight and Daddy told me to stop but I carried on jumping up and down with my blanket over my head while pretending to be a zoo. At this point he’d normally threaten to send me to bed but I was already in bed so I felt completely bulletproof and brimming with confidence so I poked my head out and I could see in his eyes that he was all out of options and his entire justice system had been crushed. Glorious!
THURSDAY
Daddy told me not to go near the plug sockets. Funny, I’d never even noticed them before. Gonna investigate the shit out of them tomorrow.
FRIDAY
Why do they waste their stupid adult breath asking me if I want a yoghurt? Of course I want a bloody yoghurt! Do they really think I was forcing that vile main course down my neck for any reason other than to engineer this archaic reward system in my favour?
SATURDAY
Had some visitors come over with their kid who is the same age as me which, according to the Big People, is apparently all I need to be friends with someone these days. (Have they not heard of shared interests or repartee?) This new ‘friend’ of mine took great pleasure in playing with my favourite blue spade which normally wouldn’t have been a problem as I would have just violently snatched it back off her while screeching but she did it while I was having my nappy changed so there was fuck all I could do about it. She knew what she was doing, I’m sure of it, the little blue spade stealing bastard.
SUNDAY
Mummy told me what that strange eleventh finger-thing between my legs is. Apparently it’s ‘my willie’ and ‘we all have them’ although I couldn’t find Mummy’s and Peppa Pig doesn’t appear to own one either. When I found Daddy’s I pointed and laughed and he probably thought it was just that toddler laugh I do when I discover new stuff but I honestly couldn’t believe how tiny his was.
BUY MY BOOK HERE.
Posted by Sam Avery at 08:35