October 15, 2016
My guest on this week's episode is the comedian Chris Cairns. We spoke about clown attacks, bunking on the train to Wales and managing his daughter's transition from childhood to young adult. 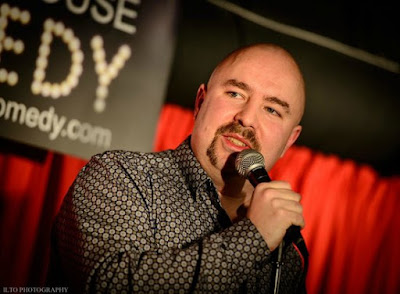 Anonymous said…
The Paris Premier collection perfectly presents the face of Paris' 1st district. The handbag's elegant curved handle and brass decor reminds you of the arcade design of the Rue de Rivoli and Rue de Castiglione in Paris. The chanel replica handbags with high-quality.Exquisite handmade details echo Paris rich historical and cultural heritage, showing a valuable original spirit. Handbag interior and the perfect design of the compartment, you can fully incorporate personal items, as the royal palace as carefully preserved its gorgeous garden. Paris Premier series has opened a new chapter in the Longchamp classic lv replica handbags series, as the owner's loyal companion. People who love to read can easily put the work into the handbag, while fashion lovers can be hand-rolled or arm-in-hand shopping bag. Owners will write a new story with the replica handbags ever, as the years of precipitation, matte leather is now antique color, just as elegant and charming as Paris.
29 October 2016 at 07:32

Unknown said…
Other ventures included a video of a phony yeti sighting in the Pyrenees that made headlines around the world in February, helping to promote a ski resort, and its sponsorship of the Los Angeles Lakers last year. Saldum attracted local attention as the first Spanish company to sponsor an NBA team, and it maintains its support primarily for daily Hawkers mentions on the Lakers’ social media feeds. Saldum, which has three other oakley replica sunglasses lines, sold €40 million ($44 million) in shades last year and expects to move €70 million this year, with about 60 percent of sales from Facebook. Moreno says the projection for next year is €150 million. Facebook, Twitter, and the e-commerce platform Shopify have used the company as a case study when convincing others of the value of their platforms. In early October, Saldum said investors had paid ray ban sale on €50 million for a minority stake in the 120-employee company. Moreno wouldn’t disclose the valuation, but Spanish media estimate it at €200 million to €250 million. Moreno says he’ll use the funding to reach more online shoppers outside Spain, who make up about one-third of sales, and experiment more with selling offline.Abroad, Moreno will have more competition. With the global sunglasses market topping $18 billion, dozens of startups are selling their own low-cost brands online, says Adam Moyer, a former art student who in 2005 launched one of the first such companies, Knockaround, in San Diego. Knockaround sells hundreds of thousands of pairs of replica oakley sale for sunglasses online each year and turns a profit, says Moyer, who previously used Saldum’s founders as distributors in Spain. Fast-fashion brands such as H&M and Zara are also pushing into the market, says Jasmine Seng, an analyst at researcher Euromonitor International. The Hawkers strategy won’t change too much, Moreno says. Last year he spent more than half his €6 million digital ad budget to put thousands of different ads on Facebook; this summer alone, sometimes €40,000 a day. Andreas Klein, Saldum’s head of international ray ban outlet, says the team constantly monitors each ad’s effectiveness and swaps out photos and copy that don’t attract clicks. Moreno says he’s not worried about social media imitators, because Facebook’s ad tools are like an artist’s pencil: What a merchant can get from them, he says, “depends if you’re Picasso or you’re me.”
10 November 2016 at 06:13

hoxn123 said…
swot up a bit handbag replica and learn a few new tech tricks, without compromising on the design, durability and soul of a traditional mechanical Watches Replica .The B55 is an electronic multifunction chronograph with both analog and digital displays, and can manage a host of UK Replica watches aeronautical time functions, including measuring RPM with an Replica Rolex Watches electronic tachometer, a mibion elapsed time counter, Designer handbags and a countdown/countup system.
2 December 2016 at 09:15